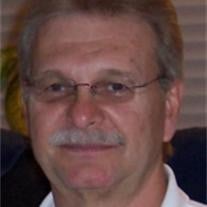 KELLER -- Robert F. Marks, 63, died peacefully at home in Fort Worth on Wednesday, Sept. 3, 2008, after a short fight with pancreatic cancer. He faced his illness with acceptance, grace, courage and, naturally, humor. Funeral: 2 p.m. Saturday at Lucas Funeral Home, 137 E. Hill St., Keller. Visitation: 6 to 8 p.m. Friday. Memorials: The family would be grateful for donations to any organizations that fight cancer or heart disease. Bob was born Oct. 22, 1944, to Edward and Stella Marks in Buffalo, N.Y. He married Carol Wulf in 1962 and began a career as a sheet metal worker, a trade he would later go on to teach. In 1978 they moved with their three children to Fort Worth. Bob continued his long career in the construction industry, where he was a pioneer, locally in developing safety and risk management programs. He spent nearly 20 years doing so with Trinity Contractors, then Encompass Services and, after a brief time as a restaurateur, most recently with Capform Inc. He taught us the things we needed to know. He was preceded in death by his parents and sister, Barbara. Survivors: Wife of 46 years, Carol; son, Robert E. Marks and wife, Allison; daughter, Lisa Durham and her husband, Douglas, and their children, Taylor and Dylan; son, David Marks and wife, Marta, and newborn son, Rylan, and David's son, Jason, with his previous wife, Julie Marks; brother, John and wife, Lois; brother, Frank "Butch" and wife, Clare; and many nephews, nieces, grandnephews and grandnieces in the Buffalo, N.Y., area.

The family of Robert Marks created this Life Tributes page to make it easy to share your memories.