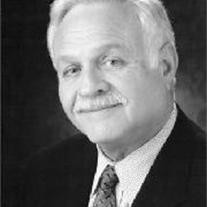 ???FORT WORTH -- Sanford "Sandy" Reitman, 72, died peacefully Tuesday, April 18, 2006, after a challenging struggle with Alzheimer's disease. ??? Funeral: 2:30 p.m. Sunday in the sanctuary at Beth - El Congregation, 4901 Briarhaven Road. Rabbi Ned J. Soltz, Congregation Beth Shalom in Arlington, will officiate. Burial: Following committal prayers, Dr. Reitman will be laid to rest in the Beth-El Section of Greenwood Memorial Park. Visitation: He will lie in state 10 a.m. to 5 p.m. Saturday in the Drawing Room at Robertson Mueller Harper. His family will not be present. ??? Memorials: Dr. Reitman's family suggests that friends may honor his memory by making contributions to the Alzheimer's Association, James L. West Special Care Center or a charity of choice. ??? Born June 12, 1933, to Leopold and Jean O?Desky Reitman in Newark, N.J., he made his debut into the limelight a few years later by appearing on Gerber?s food packaging as the first Gerber Baby. He spent his early school years in Chicago and New York City, skipping grades and graduating when he was only 15. As an undergraduate at Allegheny College, he built the first crude lung machine, which he operated during a surgery that made medical history. A graduate degree from the Bureau of Biological Research at Rutgers University was followed by traditional medical training at the University of Alabama School of Medicine. Joining the U.S. Navy allowed him to intern at the Philadelphia Naval Hospital and subsequently complete a Radiology residency. As a LCDR Medical Corps, Dr. Reitman chaired the Radiology Department at the Naval Hospital/War College, Newport, R.I., until 1967 when he retired to private practice in Fort Worth. He practiced for 32 years with Radiology Associates of Tarrant County, where he chaired Arlington Memorial Hospital Radiology (17 years) and Harris Southwest Radiology (10 years). In January of 1999 he retired from active medicine, enjoying emeritus staff memberships. ??? Brilliant radiologist, generous philanthropist, community leader, caring father and loving husband, he was a man tirelessly dedicated to excellence. Multi-talented, in music, he played accordion, bass and organ, and sang professionally; as a gourmet cook, he was a member of the Chain de Rotissuere; and as a performer, he was a standup comic, a certified clown (rodeo clowning was his favorite) and a radio personality. And he sought adventure on every plane. He was a licensed pilot, boat captain, mountain climber and world traveler. ??? He was a kind man with a good heart. He is missed. ??? Survivors: Wife, Joyce Buckner Reitman; former wife, Margarete Reitman; children, Deborah Reitman, Mitchell Reitman and his wife, Melinda, Lauren Weinstein and her husband, Steve, Cheryl Till and husband, David, and Dr. John Buckner III and his wife, Rochelle; grandchildren, Rachel Weinstein, Adam Weinstein, Joseph Reitman, John Buckner IV, Christina Buckner, Jake Buckner, Natalie Till and Austin Till; sisters, Sheila Friedman and her husband, Richard, Barbara Edelman and her husband, Jerry, and Lenore Levin and her husband, Alex; and several nieces and nephews. Robertson Mueller Harper Funerals & Cremations 1500 Eighth Ave., (817) 924-4233

The family of SANFORD REITMAN M.D. created this Life Tributes page to make it easy to share your memories.