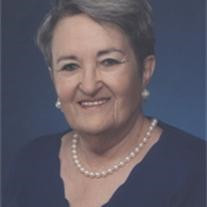 AUSTIN -- Sara Chicotsky Korman, 86, a loving mother, grandmother, sister and aunt, died peacefully Monday evening, March 10, 2008. Funeral: 2 p.m. Thursday in the chapel of Beth-El Congregation, 4901 Briarhaven Road. Rabbi Ralph Mecklenburger will officiate with Rabbi Sidney Zimelman as eulogist. Following committal prayers, Sara will be laid to rest next to her husband, Mike, in the Beth-El Section of Greenwood Memorial Park. Bearers of her casket will be Mitch Blum, Mark Chicotsky, Robert Chicotsky, Richard Glazer, Frank Korman, Josh Korman and Robert Korman. Memorials: In lieu of flowers, consideration of contributions to the Mike Korman Campership Fund, Beth-El Congregation, 4901 Briarhaven Road, Fort Worth, Texas 76109, or a charity of choice, in Sara's memory, is suggested. A native of Fort Worth, Sara Jean was born Jan. 29, 1922, the daughter of Morris J. and Dvora Rosenzweig Chicotsky. She attended the University of Texas at Austin as a speech major. She was a member of Congregation Beth-El in Fort Worth, a homemaker and a woman of many talents. She had wide-ranging interests, including acting in community theater and was a home-grown comic and unmatched story teller. Creative cooking and horticulture were lifelong passions. Sara was married to Milton L. "Mike" Korman, the love of her life for 37 years. Mike was a decorated World War II captain in the Army Air Corps from New York City and was stationed at Carswell Air Force Base in Fort Worth. He preceded her in death, as did her parents, three beloved sisters and a brother. In addition to her children and their families, she acted as a loving aunt to her many nieces and nephews and was very proud of her close extended family. In the last year of her life, she became the oldest living sibling and matriarch. Survivors: Her children, Bonnie Korman and her husband, Bob Bishop of Taos, N.M., Hank Korman and his wife, Monica, of Austin and Russell Korman, also of Austin; her grandchildren, who affectionately called her "Suki," Jonah Bishop, Maria Bishop and her husband, Shane Smith, Joshua Korman and his wife, Holly, and Emily Korman; beloved great-grandchildren, Caroline and William Korman and Joshua Smith; her sister, Lillian Chicotsky Blum of Houston; and brother-in-law, Arthur Gressman of Fort Worth.Robertson Mueller Harper Funerals & Cremations 1500 Eighth Ave., 817-924-4233

The family of SARA KORMAN created this Life Tributes page to make it easy to share your memories.