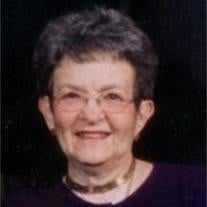 Sonja, a lifelong Fort Worth resident, was born at home on Weatherford Street in 1926 to Morris J. and Devorah Chicotsky. After graduating from Paschal High School, she attended Lindenwood College in St. Charles, Mo., and the University of Texas at Austin, where she majored in communications. Upon leaving Austin, she worked at Chicotskys Fine Foods, which her father founded in 1922. In 1948, she married Marvin Glazer, her beloved husband of 45 years, who died in 1993. His parents, Jo and Ida, established the Uncle Jo Bottling Co. in 1898, which became the Pepsi Cola Bottling Co. Sonja was president of the Womens Auxiliary at Cook Childrens Medical Center, where she was a 50-year volunteer and was recognized as Woman of the Year and Cooks longest continuous auxiliary volunteer. She was also active in the National Council of Jewish Women, Hadassah and Bnai Brith, and was president of her synagogues' Sisterhood. She belonged to Beth-El Congregation and was a lifelong member of Congregation Ahavath Sholom, where her parents were members and her father was a past president. She was a talented needlework artist who contributed many of her artworks to community organizations, including a canvas of the Chagall Windows, displayed at Beth-El. She enjoyed playing her weekly mahjong games with dear friends. In 1997 she married Arthur Gressman, a lifelong Fort Worth resident and owner of Gressman Supply Co. Together, they shared beautifully the last nine years of her life. Arthur lovingly cared for her during her illness. In addition to her husband and parents, she was preceded in death by her siblings, Rose and David Chicotsky. Survivors: Husband of nine years, Arthur of Fort Worth; children, Jeffrey Glazer and his wife, June, of Teaneck, N.J., Ilene Glazer Miller and her husband, Jonathan, of Atlanta, Ga., and Richard Glazer and his wife, Shelley of Dallas; grandchildren, David Glazer and his wife, Dr. Yardaena Osband, Hillel Glazer and his wife, Ellie, Ahron Glazer and his wife, Rena, Amy Miller, Kerry Miller, Tobi Glazer, Julie Glazer, Mordechai Glazer and Avi Glazer; great-grandchildren, Aura, Michael, Mordechai Jonah, Mollie and Ariana; sisters, Hannah Chicotsky Sandler, Sarah Chicotsky Korman and Lillian Chicotsky Blum; and several dear nieces and nephews. Robertson Mueller Harper Funerals & Cremations 1500 Eighth Ave., 817-924-4233

Sonja, a lifelong Fort Worth resident, was born at home on Weatherford Street in 1926 to Morris J. and Devorah Chicotsky. After graduating from Paschal High School, she attended Lindenwood College in St. Charles, Mo., and the University of Texas... View Obituary & Service Information

The family of SONJA GRESSMAN created this Life Tributes page to make it easy to share your memories.

Sonja, a lifelong Fort Worth resident, was born at home on Weatherford...