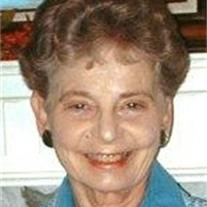 EL PASO -- Sharon Ann Rutledge Morrow passed away on Friday, Feb. 11, 2011, after a short illness.        Graveside service: 11 a.m. Wednesday in Mount Olivet Cemetery. Visitation 6:30 to 8 p.m. Tuesday at Lucas Funeral Home in Hurst.        Sharon was born to T.C. and Gladys Schmidt Rutledge on Oct. 17, 1937, in Fort Worth. She graduated from Amon Carter-Riverside High School in 1955 and from Texas Christian University in 1958. She married Noel Allen Morrow at the Robert Carr Chapel on the TCU campus on Sept. 20, 1957. Sharon and Allen were married for 50 years until Allen's death in March 2008.        Sharon was a teacher in the Fort Worth and Birdville independent school districts. She spent most of her career teaching math and business at North Richland Junior High School. She lived in the Fort Worth area until 2000, when she moved to El Paso to be near her daughter, son-in-law and only grandchild.        In the 1960s and early 1970s, Sharon was active in the Meadowbrook Elementary School PTA. She was later involved in various booster organizations at Keller High School. In 1976, Sharon helped start the North Texas Junior Horse Show Association. She loved music, genealogy, gardening, reading and travel, but, above all, she loved her family. She was a wonderful mother and grandmother. She was known as an intelligent, gracious and kind person.        She was preceded in death by her parents; her husband, Allen; her brother, Truett Rutledge; and her sister, Colleen Rutledge.        Survivors: Sharon is survived by her daughter, Angela Morrow Nickey; her son-in-law, Stephen Nickey; and her grandson, Truett Harrison Nickey, all of El Paso.

The family of Sharon Morrow created this Life Tributes page to make it easy to share your memories.