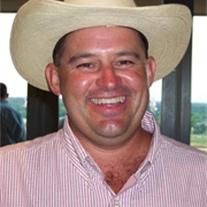 Stephen John Best of Keller, Texas passed away Sunday October 16, 2011 at home, surrounded by his family after a courageous 19-month battle with melanoma. Stephen was born on August 13, 1969 in Truro, Cornwall England to his parents John & Jean Best. His family moved to the United States when Stephen was 8, and he was naturalized as a US citizen in 1990. After settling in Gonzales, Texas, Stephen graduated from Gonzales High School in 1987, and then received his Bachelors of Science degree in 1991 from Texas A&M University. He was the beloved husband of Cheryle Best for over 14 years and devoted father to his children Harrison and Addyson. Stephen was preceded in death by his mother Jean in 2010, and will forever be remembered by his father John, sister Susan, father-in-law Richard Mills, sisters-in-law Karen, Shanon and Leuanna, brothers-in-law Chris, Robert, Aaron, Rafa, and David along with 11 nieces and nephews and countless other friends and family whom were blessed to know him. After graduation from A&M, Stephen parleyed his love for golf into a successful career in golf course management. Stephen began his career working at Barton Creek Country Club in Austin as an assistant superintendent, where he also served on the board of directors for the Central Texas Golf Course Superintendent's Association from 1995-1997. After working in Austin, he and his family moved to Keller, Texas in 1999. In Keller, he oversaw construction of Sky Creek Ranch Golf Club, where he served as superintendent for 12 years. In addition to his role at Sky Creek Ranch, Stephen also served as president of the Golf Course Superintendent's Association of North Texas in 2004. Stephen was passionate about his work and proud of his team, and his dedication was rewarded in 2010 when his peers awarded him with the AC Bearden Memorial Superintendent of the Year award. Outside of work, Stephen was very active in his community, where he was a member of Northwood Church in Keller, as well as a member of the Rotary Club of Keller, where he was Rotarian of the year in 2008 and 2009. In his free time, Stephen loved running. He completed the Austin Marathon in 2008 and five half marathons. He also enjoyed playing golf, hunting with his brothers-in-law and spending time with family. Stephen touched the lives of many people, none of whom will forget his cheerful personality, contagious smile, and zeal for life. A memorial service will be held at Northwood Church in Keller, Texas on Saturday, October 22, 2011 at 12:30 p.m. with pastor Mike Reed officiating. Arrangements are under the direction of Lucas Funeral Home, in Keller, Texas. In lieu of flowers, the family would appreciate contributions to an education fund for Harrison and Addyson Best. An account has been established at Wells Fargo Bank under the account name Best Family Trust. Contributions may be sent to Will Oliver, Trustee of Best Family Trust at 12218 Broken Bough Drive, Houston, Texas 77024 or may be deposited at any Wells Fargo location. The account name is Best Family Trust with the trustee address above. Contributions may also be made online via PayPal to the account of [email protected]

Stephen John Best of Keller, Texas passed away Sunday October 16, 2011 at home, surrounded by his family after a courageous 19-month battle with melanoma. Stephen was born on August 13, 1969 in Truro, Cornwall England to his parents John &... View Obituary & Service Information

The family of Stephen Best created this Life Tributes page to make it easy to share your memories.