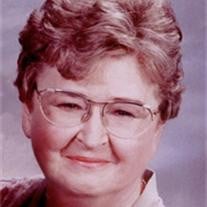 MANSFIELD -- Sue G. Vincius-Wheat, 77, a loving wife, mother and grandmother, passed away Thursday, April 24, 2008, in Mansfield after a long illness. Memorials: In lieu of flowers, memorials, if desired, may be made to Wesley Mission Center, First United Methodist Church, Mansfield, Texas. Sue was born Jan. 20, 1931, in Anson and attended schools in Anson and Abilene. After graduation, she attended Texas Tech in Lubbock. Impressed by the courage and self-sacrifice she witnessed as a teenager during World War II, Sue enlisted in the United States Air Force in 1954 and was stationed at March Air Force Base in California. It was there she met Samuel A. Vincius Jr., whom she later married. While in California, their two children, Susan and Michael, were born, and the couple began and operated their business, S&S Appliances. Upon Sam's death in 1965, Sue returned to Texas, completed her degree at Texas Christian University and embarked on a 21-year career with the Texas Department of Human Services, retiring in 1991. Sue married John Wheat in 1978. They moved to Mansfield in 1980, where they devoted themselves to the ministries of First United Methodist Church. Sue was the leader of the Open Door Prayer Ministry for many years and a member of the Wesley Sunday School Class. Her association with the church and her fellow church members made these years some of the happiest of her life. Sue was an excellent cook, seamstress and gardener, and she enjoyed sharing these talents with others. In addition to the Rev. Mike Ramsdell and the friends mentioned above, the family would also like to thank the doctors, nurses and support staff of the Center for Cancer and Blood Disorders in Fort Worth and the care providers of the C.O.E. Home Health and Community Hospice. Sue was preceded in death by her father and mother, Joe and Viola Caffey Ward; her brothers, John and Maxwell; her sister, Margaret; and her first husband, Samuel A. Vincius Jr. Survivors: Husband, John P. Wheat; son, Michael Vincius of Bastrop and his wife, Dinah Lovett; daughter, Susan Witherspoon of Fort Worth; John's children, Terry Wheat of Burleson, Randy Wheat of Fort Worth and Carol Little and her husband, Terry, of Georgia; grandchildren, Rachel Witherspoon, Laura Witherspoon, Jennifer Bleeker and Caleb, Micah and Catherine Little; and great-grandchildren, David, Ethan and Ella.

MANSFIELD -- Sue G. Vincius-Wheat, 77, a loving wife, mother and grandmother, passed away Thursday, April 24, 2008, in Mansfield after a long illness. Memorials: In lieu of flowers, memorials, if desired, may be made to Wesley Mission Center,... View Obituary & Service Information

The family of Sue Vincius-Wheat created this Life Tributes page to make it easy to share your memories.