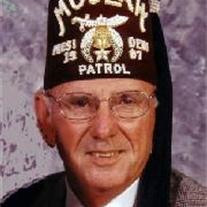 ???FORT WORTH -- Thomas Edwin "Tom" Jones, 67, died peacefully Saturday afternoon, June 24, 2006. ??? Funeral: 2 p.m. Wednesday in the sanctuary of First United Methodist Church of Fort Worth, 800 W. Fifth St. The Rev. Dr. William Longsworth will officiate. Burial: Tom will be laid to rest in Greenwood Memorial Park. Visitation: He will lie in state Tuesday in the Great Room at Robertson Mueller Harper; his family will receive friends 6 to 8 p.m. ??? Bearers of his casket will be Roy Brazil, Mitchell Feris, Gary Hawkins, Hubert Jones, Tom Keith, Roger Mayes, Dennis Roberts and Don Russell. Honorary bearers will be Billy Barnett, Jerry Barton, Mike Connor, Jeri Harper, Bud Ledingham, George Noah, Gary Reynolds and Ed Woodard and the Moslah Shrine Patrol. ??? Memorials: Mr. Jones' family suggests that friends may honor his memory by making contributions to the Shrine Hospitals for Children or the Humane Society of Tarrant County. ??? From the age of 3, Tom had called Fort Worth home. He graduated in 1957 from Amon Carter Riverside High School, where he lettered in basketball for two years under the instruction of Coach Pierce Scott, and continued his education, pursuing a degree in business at TWC. He completed his undergraduate degree in 1963 with honors. After excelling in several different business fields, he took great pride in serving the Independent Electrical Contractors the past 28 years. Tom served IEC as executive director, its legislative liaison and coordinated apprenticeship training. Under his leadership, IEC Fort Worth/Tarrant County was named Outstanding Chapter of the Year in 1977, 1986, 1987, 1988, 1989 and 1992. He received the President's Distinguished Service Award, the Tom Hart Award and was named Outstanding Executive Director of the Year in 1992. Tom was very active in and held several offices in the Fort Worth Jaycees, ultimately serving has president in 1973-74. He was a member of the Masonic order, the Fort Worth Scottish Rite, Moslah Shrine and Fort Worth Court #32, R.O.J. Tom especially enjoyed Moslah Shrine Patrol, which he served as president in 1987. His many close and dear friends made throughout his life were his extended family. His quick wit and humor will be missed by all. Tom's family would like to express appreciation for the compassion and friendship to Dr. Vern Ellis. ??? "Life's journey is not to arrive at the grave safely in a well-preserved body, but rather to skid in sideways, totally worn out, shouting, 'What a ride!'" ??? Survivors: Wife of 31 years, Diana Jones; sons, Jim Jones and his wife, Terri, Jeff Jones and his wife, Sherry, and Brian Williams and his wife, Angel; grandchildren, Aaron and Dylan Jones and Jordan and Dustin Williams; sister-in-law, Donna Clark; brother-in-law, Kelly Mobley; aunt, Wilma Cook; and several nieces, nephews and cousins. Robertson Mueller Harper Funerals & Cremations 1500 Eighth Ave., 817-924-4233

The family of THOMAS JONES created this Life Tributes page to make it easy to share your memories.