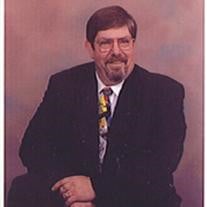 BEDFORD -- Thomas "Tommy" Pelton, a loving husband, father and grandfather "Pops," 60, died Monday, Jan. 14, 2008, at a local hospital. Funeral: 10 a.m. Friday om Lucas Funeral Chapel, 1321 Precinct Line Road, with longtime friend of the family, the Rev. Andy Stowe, officiating. Interment: 3 p.m. Friday in Riverside Cemetery, Byres. Visitation: Tommy will lie in state Thursday at Lucas Funeral Home. Bearers of Tommy's casket will be Billy Blackmon, Bryan Matthews, Kenny Mathews, Kevin Mathews, grandson Morgan Dewey Pelton, Duane Rutledge, Chad Wadell and Chris Wadell. Thomas Dewey Pelton was born Sept. 29, 1947, in San Diego, Calif., to Dewey Winford and Emma Lou Goslin Pelton. He married Shirley Mathews, his high school sweetheart, on Aug. 6, 1966. In addition to his family being so very important to him, he was proud of his service to his country in the U.S. Navy and served during the Vietnam War era. Tommy retired from the Bedford Police Department after having served for 18 years. He then was a long-distance truck driver for USF Glenmoore. He was a master Mason, member of the Hurst Masonic Lodge of Free and Accepted Masons #1387. One of the great joys and from which he felt such a blessing was being Santa Claus for 20 years. Through this he developed special relationships with families and to see the twinkle in children's eyes he felt very blessed. The family wants to give special recognition to cousin Duane Rutledge, for his special relationship and care for Tommy for many years; to a very close friend who stayed by their side during all of Tommy's illness, Karen Hobson; and special thanks to the doctors and nurses who gave Tommy such caring attention during his illness. Survivors: Left to cherish their special memories as they mourn Tommy's death are his wife of 41 years, Shirley Pelton; daughter, Shelly Ann Pelton Shaw and her husband, Frank; grandchildren, Morgan Dewey Pelton, Elizabeth Shaw and Ashley Shaw; cousin, Duane Rutledge; close family friend, Karen L. Hobson; sisters, Mary and JoAnn; and other extended family and many friends.

The family of Thomas Pelton created this Life Tributes page to make it easy to share your memories.