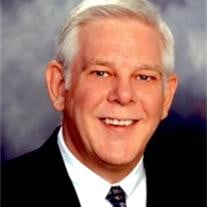 FORT WORTH -- William Warner "Bill" Burge, 59, died peacefully Thursday afternoon, March 26, 2009, at his home. Service: Following committal services at the grave at 3 p.m. Monday in Shannon Rose Hill Cemetery, a memorial service will be held at 4 p.m. in the Sanctuary at University Christian Church, 2720 S. University Drive. The Rev. Dr. Alan Lobaugh, senior associate, will officiate. A native of Fort Worth, Bill was born July 20, 1949, the son of Jack Arden and Beverly Grace Bedford Burge. He was a 1967 graduate of R.L. Paschal High School In 1969, Bill joined the U.S. Air Force and served his country for four years. Following his tour of duty, he graduated from North Texas State College, now the University of North Texas. He lived in Seattle, Wash., from 1977 to 1993 where he was a manufacturer's representative in the orthopedic supply business. Bill returned to Fort Worth and taught English at Brewer High School for several years. Most recently, he was an associate of Coldwell Banker Realtors. Bill served as a docent at The Modern and was a member of University Christian Church. Survivors: In addition to his sister, Beth Burge Floyd and her husband, Lynn, Bill is survived by his niece, Bonny Floyd Dunsworth and her husband, Denny; his nephew, Jack Floyd; great-nephews, Bobby Dunsworth and Justin and David Floyd; aunts, Brenda Bedford Mosley and her husband, Jim, and Brucie Burge Bonham; uncles, Paul Burge and Gene Burge and his wife, Ann; and several cousins, including Chris and Brent Mosley and Gaye Mosley Dryden and her husband, Rodney, and their children, Reed and Brooke Dryden. Robertson Mueller Harper Funerals & Cremations 1500 Eighth Ave., 817-924-4233

The family of WILLIAM BURGE created this Life Tributes page to make it easy to share your memories.