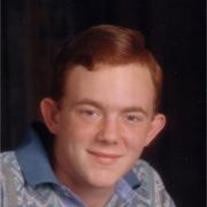 FORT WORTH -- William Leon Dyer II, 23, tragically passed from this earth Sunday, Aug. 26, 2007. Memorial service: 10:30 a.m. Saturday at the Perennial Garden at the Fort Worth Botanical Garden. Maps and directions may be found under visitor information at www.fwbg.org. Memorials: Consideration of contributions to a charity of choice, in memory of Leon, is suggested. Leon was born April 16, 1984, in Fort Worth and graduated from Boswell High School in 2002. He worked in the restaurant industry and, for a time, in computer repair and programming. Leon always enjoyed working on computers. At the time of his sudden death, he was employed as a driver by PAM Transport. Leon was an outgoing, bright and sincere person. In the few years he walked this earth, Leon loved more, lost more and held on to more than most. He lived to do just that. His passions were flying, sailing, music, love, knowledge, wise individuals and intelligent conversation. The lives of Leon's friends and family will never feel a void. "But love is not a victory march, it's a cold and it's a broken Hallelujah." Jeff Bucklye, "Hallelujah." Leon was preceded in death by his father, Barry Leon Dyer; and grandparents, William Leon and Martha Leona Dyer. "Everyone smiles as you drift past the flowers, that grow so incredibly high. "Newspaper taxis appear on the shore, waiting to take you away. "Climb in the back with your head in the clouds, and you're gone." The Beatles, "Lucy in the Sky with Diamonds"Survivors: His mother, Mary Hewitt; brothers, Bryan and wife, Vicki Dyer, and Jason Dyer; grandparents, Leon and Catherine Hewitt; aunts, Shirley, Patty, Kathleen and Trish; uncles, Jay, Jim, Tom, Ken and Pete; cousins, Crystal, David, Alexis, Lesley, Matt, Katie, Ben, Colin and Zack; and many other family members and friends. Robertson Mueller Harper Funerals & Cremations 1500 Eighth Ave., 817-924-4233

FORT WORTH -- William Leon Dyer II, 23, tragically passed from this earth Sunday, Aug. 26, 2007. Memorial service: 10:30 a.m. Saturday at the Perennial Garden at the Fort Worth Botanical Garden. Maps and directions may be found under visitor... View Obituary & Service Information

The family of WILLIAM DYER created this Life Tributes page to make it easy to share your memories.