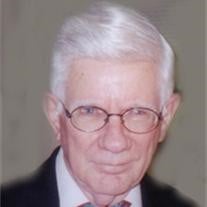 FORT WORTH -- William Rowe "Bill" Fuller Jr., 87, died peacefully Thursday morning, May 21, 2009.        Service: Following committal services at 10 a.m. Tuesday, Bill will be laid to rest next to his wife, Helen, in Magnolia Cemetery, Beaumont.        Memorials: In lieu of flowers, consideration of contributions to the Abilene State School, LA. 6340 Special Funds, Post Office Box 451, Abilene, Texas 79604, in memory of Bill and Helen Fuller, is suggested.        Bill was born in Port Arthur on April 3, 1922, the son of William Rowe and Clara Lucille Williams Fuller. He graduated from the University of Texas at Austin, majoring in physics.        He retired from Steinhagen Oil Co. in Beaumont before moving to Fort Worth where he became a member of Redeemer Bible Church.        In addition to his wife, Helen, who died in 2005, Bill was preceded in death by his sister, Ruth Fuller of Dallas.        Survivors: Bill is survived by his daughters, Belinda Fuller Jones of Tulsa, Okla., and Theresa Fuller Burkhardt and her husband, Bill, of Gloucester, N.C.; sons, John H. Fuller and his wife, Gayle, of Fort Worth, and Don E. Fuller and his wife, Mary, of Oregon; six grandchildren; and four great-grandchildren. Robertson Mueller Harper Funerals & Cremations 1500 Eighth Ave., 817-924-4233

The family of WILLIAM FULLER created this Life Tributes page to make it easy to share your memories.