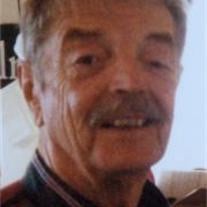 FORT WORTH -- William Alexander Robertson Jr., 79, a retired mechanical engineer, died peacefully Wednesday afternoon, Aug. 29, 2007, at his home. Memorial service: 2 p.m. Wednesday, Sept. 5, in the sanctuary of First Presbyterian Church of Fort Worth, 1000 Penn St. The Rev. Dr. Michael Waschevski and the Rev. Josh Stewart will officiate. Visitation: His family will receive friends in the church parlor immediately following the service. Memorials: Consideration of contributions to Covenant Hospice, 3221 Collinsworth St., Fort Worth, Texas 76107; or First Presbyterian Church of Fort Worth, 1000 Penn St., Fort Worth, Texas 76102, in memory of Bill, is suggested. Born Jan. 26, 1928, in Jacksonville, Fla., Bill Robertson was the son of William A. and Sybil Foster Robertson. He moved to Texas with his family at the age of 2. After graduating from R.L. Paschal High School in 1945, he received a degree in engineering from Texas A&M University in 1949. Bill then served in the Air Force and later in the Air Force Reserve, retiring as a lieutenant colonel. After working for two years in Venezuela, Bill returned to Fort Worth, where he worked as an engineer at General Dynamics and Hobbs-Freuhauf. In addition to being a longtime board member of the Fort Worth Boys & Girls Club, he was also a member of River Crest Country Club. He was a private pilot, an avid tennis player and a proud Aggie. Mr. Robertson's family would like to thank Anzell Menefee, Sherry Ballou, Margie Allen, Lynette Hodge, Martha Long, Susan Peart, Phil Schriver and Covenant Hospice for their tireless dedication in caring for Bill during his final illness. Bill was preceded in death by his parents; and sister, Gertrude Robertson Eckhardt. Survivors: His wife of 49 years, Jere Campbell Robertson of Fort Worth; and sons, William A. Robertson III of Santa Monica, Calif., and Douglas C. Robertson of Fort Worth. Robertson Mueller Harper Funerals & Cremations 1500 Eighth Ave., 817-924-4233

The family of WILLIAM ROBERTSON created this Life Tributes page to make it easy to share your memories.