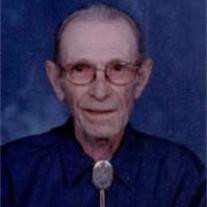 ARLINGTON -- Wesley J. Cihak, 77, was reunited with the love of his life, his wife, Lorraine, on Sunday, Dec. 17, 2006. Funeral: 2 p.m. Thursday at St. Jude Catholic Church, Mansfield. Burial: Calvary Cemetery, Mansfield. Visitation: 6 to 8 p.m. Wednesday, with prayer service at 7. Wesley was born the sixth of eight children in Tripp, S.D., on Sept. 13, 1929. He served his country in the Navy for four years during the Korean War. He married Lorraine Hlavac on Dec. 28, 1953, and were blessed with eight children and many grandchildren and great-grandchildren. Wesley was a local small business owner, owning JMJ Enterprises, and was an active member of the Knights of Columbus and St. Joseph's Men's Club. He had been a longtime member of the Webb Volunteer Fire Department, a Boy Scout leader for many years and was a recipient of the St. George Award. He was always an active member of his community and was quick to help whenever a neighbor was in need. Wesley was a great man and a compendium of practical knowledge with no shortage of opinions and suggestions and was always prepared for a bit of mischief when the opportunity presented itself. He enjoyed barbecuing for family, friends and church and kept more than one fish fry running smoothly. He will be sorely missed for all he was and did for those around him. Survivors: Children, Carl of Joshua, Kathleen of Burleson, Valerie of Gunter, Tina of Kennedale, Kurt of Rumford, Maine, Joseph of Ennis, Mary of Milwaukee, Wis., and Christopher of Friend, Neb.; brother, Charles of Fort Worth; and numerous grandchildren, great-grandchildren, nieces and nephews.

The family of Wesley Cihak created this Life Tributes page to make it easy to share your memories.